Did you operate a vehicle? 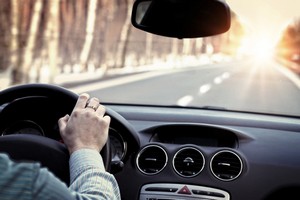 The next piece of the case that the Commonwealth has to prove is that you were actually operating a “motor vehicle, engine, or train.” Yes, Virginia DUI applies to lawn mowers and trains!

However, there are two basic scenarios where we may have room to argue about operating the vehicle.

Who was the driver?

In some cases, it’s not clear who was actually driving the vehicle. Perhaps the police arrive when the vehicle is already wrecked, and nobody is behind the wheel. They’ll likely try to prove that you were the driver based on statements that you make or witness testimony.

But if you don’t make statements to the officer and there were no witnesses, the Commonwealth might not be able to actually place you behind the wheel of the vehicle.

Andrew Explains Why Making a Statement WILL Hurt Your Case

Were you actually “operating”?

This seems like a no-brainer, but it can be a pivotal point for some DUI cases. If your car wasn’t actually moving, but you were behind the wheel, you can still be convicted of DUI for “operating” the vehicle. It’s definitely a fruitful area to examine for our defense.

We’ve had lots of cases that interpret the statute over the years, but the Virginia Supreme Court expanded the rule in the Enriquez case in 2012. In that case, the defendant’s vehicle was illegally parked at a bus stop. The driver was asleep in the driver’s seat. The officer testified that the key was in the ignition, but didn’t know if it was actually turned to the “on” position.

The Supreme Court ruled that Enriquez was operating and upheld his conviction for Virginia DUI. In Virginia, you are considered to be “operating” the vehicle if you are in “actual physical control” of it. Basically, it doesn’t matter if the key is engaged or not. You just have to be in control. Thus, sitting in the driver’s seat with a keyless ignition may even be enough.

As you can see, the rule for “operating” is pretty broad, but it’s still an area to explore together to see if we may have a defense to your DUI charge.

Now let’s move on to the next question: Was there probable cause to arrest you?