Were you stopped legally? 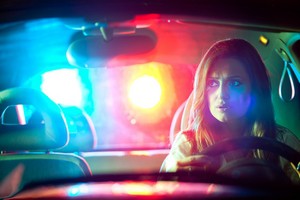 DWI defense begins with the officer’s initial contact with you. Was it legal? If it wasn’t, we may be able to beat the charge completely! There are four basic ways the police can encounter you, and we’ll look at them one-by-one.

Unfortunately, officers don’t need any reason at all for a consensual encounter. By law, they’re allowed to walk up and talk to you for any reason.

However, the question will be whether or not it was really consensual. In every alleged consensual encounter situation, we’ll need to analyze all the specific facts to see if we can argue that it wasn’t consensual and thus try to have the case dismissed.

To make a traffic stop, the law enforcement officer must have reasonable articulable suspicion that you have violated the law.

Typically, that involves speeding, making an improper lane change, running a stop sign, or something of that nature.

In some cases, it’s not clear that the officer had reasonable articulable suspicion of some kind of legal violation. And sometimes, the officer can be mistaken when he pulls you over. He might think that he has a good stop, but that stop might not be upheld by the court as valid.

The key thing for a defense is that if the officer did not have reasonable articulable suspicion to pull you over, then any evidence obtained from the stop should be suppressed in court. In many DUI cases, that might be enough to win the whole case. That might throw out all the evidence against you basically.

This is a really important thing for us to look at first in your case: did the officer have a reasonable articulable suspicion to pull you over?

If you were stopped at a checkpoint or a roadblock for your DUI, we definitely need to talk about it. Checkpoints and roadblocks are tightly regulated, and there is a strict set of legal rules they must follow.

It’s really important for us to look at all those pieces; to look at the actual written plan and to make sure that the written plan was followed. If a piece is missing, or the plan wasn’t followed, or something isn’t in the plan, then that could be grounds to have the checkpoint or roadblock declared essentially unconstitutional, rendering your stop illegal, which could help us win your DUI.

In one case, my client was stopped at a check point and charged with driving on a suspended license. The only real issue we had for trial was whether or not the check point was legal.

In this case, the deputy had some written plans. They designated several locations where check points could be conducted. For each location, there was a written plan for how to conduct the check point at that spot.

However, there was a fatal flaw in their paperwork that we leveraged at trial, resulting in the judge dismissing the charge against my client!

A related road block issue occurs when people are stopped for “evading” the road block. Can the police make a legal stop if you turn around instead of encountering their check point?

There is a whole line of cases that deal with people who initiate traffic maneuvers before a roadblock. The cases differ based on a lot of factors, so we must analyze the specific facts of your case to see if we can win with this argument.

Basically, the further away from the roadblock that you make a traffic maneuver, the more likely it’s going to be unreasonable for the officer to stop you claiming that you’re trying to evade the roadblock.

The cases are pretty uniform in that if all you do is make a legal traffic maneuver a good distance from the roadblock, it’s likely that it would be found to be an invalid stop of your vehicle and the end result there is that we should be able to suppress any evidence that ANDREW FLUSCHE 22 was obtained during that stop. That should mean that we beat your DUI.

In some DUI cases, you weren’t stopped at all. Instead, you encounter the police while they’re investigating an accident you were involved in.

As you may have guessed, if you’re in an accident, the police already have a reason to come up to you; they’re investigating the accident itself.

In accident cases, we don’t have an argument about the police encounter itself. But we may have other possible defense angles, which we’ll evaluate later on.

Now, let’s move onto our next point: Did You Operate a Vehicle?