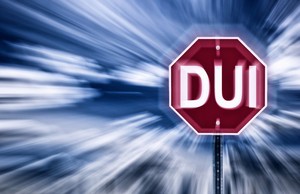 The case begins with a piece of paper (the “warrant”) that claims you violated Virginia law. But what is the precise charge? Before we can talk about specifics, let’s make sure we’re on the same page about the allegation against you.

DUI vs DWI – What’s the difference?

Nothing. They are both just slang terms for the same thing.

Virginia law, under section 18.2-266, prohibits operating a motor vehicle–any kind of engine, or even a train–if you’re under the influence of drugs or alcohol, or any kind of substance that alters your abilities to drive or operate the vehicle safely. So it’s a very broad statute. It covers operation of just about any kind of engine, under pretty much any circumstances, when your abilities are impaired. That could be due to alcohol, which is most common, it could be due to drugs such as marijuana, or it could be due to medicine your doctor gave you. Even a prescription medicine could be a DUI.

Why do we call them DUI or DWI?

Frankly, I use the term DUI just because it’s easier to say. DWI is a bit more cumbersome, so I just call it DUI. The Virginia courts, on your paperwork, if you’re charged with a violation under 18.2-266, typically write DWI. What that stands for is “Driving While Intoxicated”, so that’s usually an alcohol charge.

However, like I said, the statute covers basically driving under the influence of just about anything, so that’s where DUI comes from: “Driving Under the Influence”. So if you have a drug charge for example, there is actually another acronym you might see called DUID, which is “Driving Under the Influence of Drugs”. But as you can see, it’s all under the same statute. It’s all prohibiting operating an engine while under the influence of something. That’s why I typically just refer to all in shorthand as DUI and many attorneys and defendants do as well. There is really no distinction. DUI, DWI, it’s all the same type of charge, and it’s really the same offense.

What do they have to prove?

My thumbnail summary of a Virginia DUI case is pretty simple. The Commonwealth has to prove essentially three things:

Each of those elements has many moving parts, and we’ll go into deeper detail throughout this process. But that’s the basic three-prong analysis for a DUI. What am I facing? Here’s where the rubber meets the road. What exactly are the punishments if you’re convicted of a DUI? It depends upon lots of factors, including whether or not this is your first offense, what your specific blood alcohol level was, and how cooperative you were with the officers.

However, here’s the general guidelines:

In every first offense conviction, you also face:

Since you’re taking the time to read this, you know you’re in a serious situation. Let’s move on to what we can DO about it.

Let’s continue onto the next step of the DUI process: Were you stopped legally?