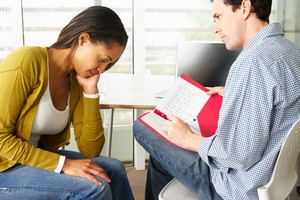 If you’re found guilty of DUI, you’ll have even more questions about the future. In fact, right now you’re probably trying to figure out how the next year will look. I’ve got some answers.

For Virginia DUI convictions, the judge has to order you to complete VASAP.

Virginia Code 18.2-271.1 provides the VASAP requirement. It says that anyone convicted of a first or second offense of Virginia DUI must be ordered to enter into and complete VASAP. In practice, VASAP is typically required as a condition of suspended jail time. In other words, if you don’t complete VASAP as ordered, you could serve more time in jail.

In addition to the risk of jail, you cannot get your Virginia license or privilege to drive reinstated without completing VASAP. Some people end up suspended for a DUI for much longer than 12 months simply because they didn’t complete VASAP.

The problem with VASAP for some people is that it’s costly and burdensome. The VASAP fee is several hundred dollars, and a minimum course of treatment is typically 10 education classes. For second offense DUIs, many people are referred for counseling as well, which costs even more money.

As much of an expensive pain as it is, you’ve got to complete the program if you’re convicted of Virginia DWI / DUI. The good news is that at least your restricted license will let you drive for your VASAP classes and treatment.

The usual charge these days is $400. Rappahannock Area ASAP (the office that serves the Fredericksburg area) only accepts money orders.

Can VASAP make me go to therapy?

For many first offense cases, they won’t require therapy. You’d just do education classes. But if you’re convicted of a high blood alcohol offense or a second offense, you may be required to attend therapy classes.

The bad news with a DUI restricted license is that you are required to have ignition interlock on any vehicle that you operate. The good news is that interlock’s only required for the first six months.

But how do you get it removed?

The procedure varies depending upon the local court. You should definitely consult with your attorney once you’ve had interlock for six months.

In the Fredericksburg area, the restricted license itself normally specifies that ignition interlock is only required for six months. Since it’s on the face of the order, the clerks can usually simply type a new restricted license after the six months have passed. Then you can take the new order for VASAP’s signature. Finally, you’ll be allowed to get the interlock device removed.

If this is your first offense, you’re eligible to fully reinstate your license after 12 months. That entails some steps on your part.

Fortunately, if you have a restricted license, you’ll already have done the key steps. To reinstate, you’ll normally have to: How to Overcome Virginia DUI / DWI 39

In most cases where you get a restricted license, these things will be done well before the 12 months ends. In those situations, you should be able to go to DMV on the 366th day to get a brand new regular license.

If you opted to walk for a year instead of getting the restricted license, you’ll need to go to DMV and jump through their hoops before you can drive at the end of the one year period.

Most importantly, always double check with DMV before you simply start driving. Make sure you are 100% valid, or else you could be risking a conviction for driving on a suspended license.

Need more advice? Get personal help now and contact us.