Steps to Take Immediately After Getting a Virginia DUI 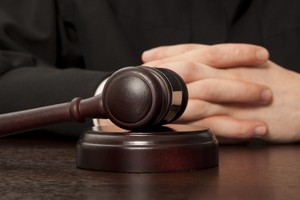 DWI cases move quickly in Virginia. Many DWI trials are held within 90 days of the arrest date! You need to take action TODAY.

Hopefully you’re reading this site within a couple days of your arrest. If it’s getting closer to trial, there’s still critical information for you to learn and action you can take.

Get your license back

The first question a lot of clients ask is how to get their license back following the initial administrative suspension. Due to being charged with DUI, your license is initially suspended for:

But how do you get your license back? You can pick up your license at the General District Court clerk’s office any time after the pretrial suspension expires.

The problem is that you technically cannot drive until you have your license in hand (to do otherwise is a traffic violation which is punishable by a $10 fine). Thus, you’ll need a ride to the courthouse since you have to pick up your license in person. To assist with this, I’m always happy to pick up the license for clients and FedEx it to you. That saves you some time and hassle.

You’ve taken the correct first step by visiting this site. There’s a LOT to learn about your DWI case. Without a thorough knowledge of the issues involved, your future is at the mercy of the justice system. By arming yourself with a proper education, you can take control in your case.

You also need to know the truth about your case and what you’re facing, so you won’t be taken advantage of by a lawyer. You’d be amazed at the number of disciplinary cases against lawyers for using false and misleading information in their advertising!

Your first court appearance for a DUI is normally your arraignment. What is that, and what will happen? In a nutshell, it’s a status hearing. The judge will inform you that you’re facing possible jail time, and he’ll ask what you want to do about an attorney. After that, the judge will tell you when to come back for your trial date.

The judge normally won’t ask you to enter a plea or anything like that. You do NOT need an attorney for your arraignment. You shouldn’t feel pressured into hiring anyone that early in your case. In cases where you’re facing mandatory jail time, the judge might give you another status hearing called an “attorney review” date. That’s just the date by which the court wants to know the name of your attorney. In Fredericksburg area courts, the attorney can send a letter of representation to the court and avoid you having to appear that day.

It’s actually possible to challenge the administrative suspension by filing a petition with the court. There are several bases for challenging that.

On a first offense, the main argument for the challenge is that the officer didn’t have probably cause to pull you over or he didn’t have probable cause to make an arrest for DUI. If we can win on one of those arguments in court, that could throw out the whole case. Depending on your case, you want to talk to an attorney ASAP about whether or not the officer did have reasonable suspicion and probable cause for your case.

Let’s learn more about which mistakes to avoid and the DUI process after receiving your Virgina DUI citation.