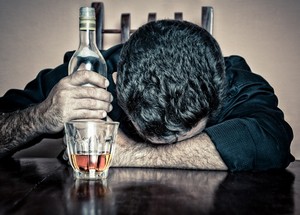 To be guilty of DUI, the Commonwealth obviously has to prove that you were intoxicated or under the influence of drugs (or both). Depending upon your unique case, that could be relatively easy for them or quite challenging.

If you’re arrested for DUI in Virginia, you are deemed to have consented to a blood or breath test. But which one should the officer give you? It’s not his sole choice.

The main reason why people would be unable to submit to a breath test is if you are in an accident or there is some kind of other medical situation where they have to take you to the hospital. They want to do a test ASAP and they don’t want to have to wait until the hospital releases you hours later perhaps and so in those cases the law would say that they can do a blood test.

The default rule for a blood test is that the officer must arrest you on suspicion of being under the influence of drugs OR alcohol and drugs. If he has probable cause to suspect drugs, he can opt to take you for a blood test or a breath test. Then it becomes the officer’s choice which test he is going to have you take. But that requires a showing by the Commonwealth that the officer had probable cause that you were under the influence of drugs to some degree.

If the probable cause is solely for alcohol then the Commonwealth would have to take you for breath test, unless you are unable to submit to a breath test or if the breath test is unavailable.

If the officer gave you the wrong test, we may have an argument to keep the results out of court.

If the Commonwealth has blood or breath results, they’ll seek to admit the Certificate of Analysis in your trial. This document alone can convict you of DUI.

One key step to analyze the test results is to get records from the Department of Forensic Science about the testing procedure. Information about the breath machine or blood toxicology analysis can show if the equipment was working properly and came to the correct conclusion.

One instance when this issue comes up is if the Commonwealth cannot exclude the possibility of you drinking after you drove. Perhaps the officer rolled up on you after an accident, and there were beer cans in the vehicle. If the officer didn’t ask when your last drink was, there could be an argument that you might have consumed alcohol between the time of the driving and the time of the blood / breath test.

Based on other factors

Here’s where the case gets sticky. Even if there’s no breath test for the judge to consider, you could still be found guilty of DUI. Crazy, right?

Having a blood alcohol level of .08 or higher is only one way to be guilty. If the Commonwealth’s evidence – based on all the facts and circumstances – simply shows that you were intoxicated, you can be found guilty.

The overall facts of your case come into play, such as:

There are too many possible facts to list them all, but you get the idea. If the judge thinks you simply seemed intoxicated, you could still be found guilty.

Let’s move on and find out how the trial date works.