Was there probable cause to arrest you? 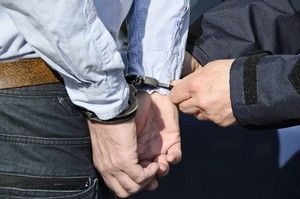 Your encounter with the officer usually begins with a series of roadside tests. He’s trying to determine if he has probable cause to arrest you for DUI.

If the judge rules that the officer didn’t have probable cause for the arrest, we win. It’s a critical part of your case to analyze.

Must look at all the circumstances

Probable cause is based on the “totality of the circumstances” when the officer made the arrest. That’s the standard the court must use for a motion to suppress based on lack of probable cause.

This is why the analysis focuses on each piece of evidence that the officer had at his disposal when he made the arrest. Everything from his initial observations of your demeanor, to your driving behavior, to the roadside tests will be a possible issue to argue.

You CAN refuse roadside tests

If you refused the roadside tests, that’s actually a good thing. Tell your friends that they should refuse!

The best rule of thumb is that you can (and should) refuse any test on the side of the road. But once you’re arrested for DUI, you must take the breath / blood test, or else you’ll be charged with refusal.

Virginia law does say that the court can consider refusing the tests as evidence of consciousness of guilt, but that’s certainly not conclusive evidence for a legal arrest.

The officer almost always claims that you “failed” the field sobriety tests. False.

How do we know exactly how you did on the tests? Some attorneys take the officer’s word for it. Bad idea. I’m not saying officers lie, but human memory isn’t perfect. It’s certainly possible to misremember or forget key factors that could benefit your case.

That’s why we need to watch the officer’s cruiser video (if there is one). The video will show us exactly how you did on the field tests, and we can use that evidence to challenge the officer’s arrest at trial.

As part of that challenge, the officer may have used tests that haven’t been studied and found to be reliable in determining intoxication. Only three tests meet that criteria. If the officer used tests such as counting and saying the alphabet, we may be able to argue that those tests don’t count.

Finally, for the approved tests, the studies used to approve them used specific methods to administer the tests. If the officer deviates from those testing instructions, it could cast doubt on the test results.

Unfortunately, many drivers consent to the handheld breath test on the side of the road – the “preliminary breath test” (PBT). This hurts a possible challenge to the arrest.

If you blew .08 or above on the PBT, that alone can be enough for the officer to arrest you for DUI.

Nevertheless, the officer still has to be able to testify that his PBT was working and has been calibrated properly. Law enforcement departments can be a little lax about taking care of their PBTs, so this could be a possible weak spot in the arrest.

What is a PBT?

Let’s move onto the next step: Were you intoxicated?